The new Police and Crime Commissioner for Surrey Lisa Townsend has pledged to keep residents’ views at the heart of her plans for the future as she took up office today following her election victory.

The Commissioner spent her first day in the role at the Surrey Police Headquarters in Mount Browne meeting some of her new team and spending time with the Chief Constable Gavin Stephens.

She said she is committed to addressing those key issues that residents of Surrey have told her are important to them such as tackling anti-social behaviour in our communities, improving police visibility, making the county’s roads safer and preventing violence against women and girls.

The PCC was voted in by the Surrey public following the election last week and said she wanted to repay the faith voters had put in her by making sure their priorities were her priorities.

PCC Lisa Townsend said: “I am proud and excited to be PCC for this great county and I can’t wait to get started.

“I have already said how I want to be really visible to the residents we serve so I will be out and about in our communities as much as I possibly can to meet people and listen to their concerns.

“I also want to spend time getting to know the policing teams across the county that are doing a fantastic job in keeping people safe and getting their views on how I can best support them as PCC.

“In addition, I want to be a champion for victims and I will be putting a real focus on the commissioning work the PCC’s office carries out to protect the most vulnerable people in our society whilst doing more to make sure women and girls feel safe in Surrey. 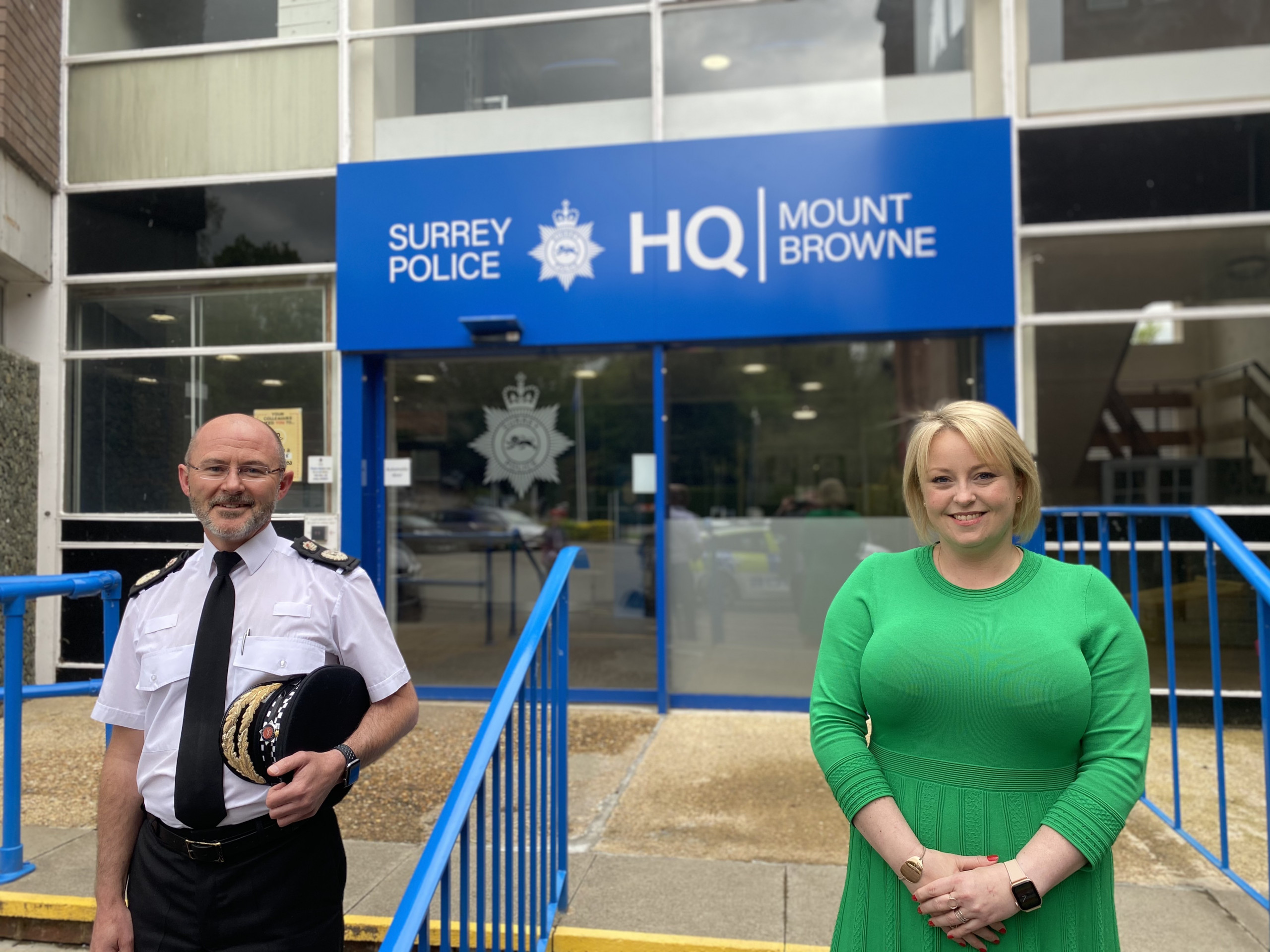 “I had a really positive and constructive meeting with the Chief Constable this afternoon to discuss how those key issues residents have raised with me during my campaign fit in with the Force’s commitments to our communities.

“I look forward to working with Gavin in the weeks and months ahead to see where we can improve our service to the Surrey public.

“Residents across the county have told me they want to see more police on our streets and I want to work with the Force to ensure the police presence in every area is proportionate and appropriate.

“The views of our communities should be heard at a national level and I will fight to get to a better deal for residents on the amount of funding we receive from central government.

“The Surrey public have put their faith in me by electing me for this role and I want to ensure I do everything I can to repay that and help make our streets safer. If anyone has any issues they want to raise about policing in their local area – please do get in touch with me.”