Lisa Townsend has this evening been voted in as the new Police and Crime Commissioner for Surrey for the next three years.

The Conservative candidate received 112,260 first preference votes from the Surrey public in the PCC election which took place on Thursday.

She was elected on second preference votes, after no candidates received more than 50% of first preference ballots.

The result was announced this afternoon in Addlestone after the votes were counted across the county. Turnout was 38.81%, compared to 28.07% in the last PCC election in 2016.

Lisa will formally start her role on Thursday 13 May and will replace the current PCC David Munro.

She said: “It is an absolute privilege and honour to become Surrey’s Police and Crime Commissioner and I can’t wait to get started and help Surrey Police provide a service our residents can be proud of.

“I would like to thank everyone who has supported me and the public who came out to vote. I am determined to repay the faith they have shown in me by doing everything I can in this role to be the residents voice on policing.

“I would also like to thank the outgoing Commissioner, David Munro for the dedication and care he has shown in the role for the last five years. 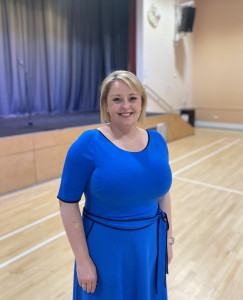 “I know from speaking to residents across the county during my election campaign that the job Surrey Police do a daily basis in our communities is greatly valued by the public. I look forward to working together with the Chief Constable and providing the best support I can to his officers and staff who work so hard to keep Surrey safe.”

Chief Constable of Surrey Police Gavin Stephens said: “I warmly congratulate Lisa on her election and welcome her to the Force. We will be working closely with her on her ambitions for the county and continuing to deliver ‘Our Commitments’ to our communities.

“I would also like to acknowledge the work of our outgoing Commissioner, David Munro, who has done a lot to support not only the Force, but the initiatives introduced during his tenure have made a significant difference to the residents of Surrey.”