£14,000 from the PCC’s Community Safety Fund has been provided to enable local Surrey Police teams to develop targeted operations with the new Surrey Police Prevention and Problem Solving Team across six boroughs.

An additional £13,000 has been allocated to the Serious and Organised Crime Unit to work with the team to tackle a steep rise in catalytic converter thefts from vehicles in the county.

The problem solving team was paid for by the PCC’s increase to the policing element of local council tax in 2019-2020, alongside more police officers and staff in Surrey’s communities.

The county saw the fourth largest increase in catalytic converter thefts in the country in 2020, rising to over 1,100 incidents since April. Surrey Police records an average of eight domestic burglaries a day.

Working closely with the Prevention and Problem Solving Team enables officers to identify new trends and inform a bespoke approach based on the analysis of multiple incidents.

This involves a new way of thinking about crime prevention that is data led, and leads to a longer term reduction in crime.

Embedding a problem solving approach in the planning of operations saves time and money later on; with fewer but more targeted actions.

Analysis for new operations to prevent burglaries included actions such as reviewing every single crime committed in a target area in winter 2019.

Responses informed by the team and funded by the PCC include increased patrols and deterrents in specific locations where it is believed they will have the most impact. The distribution of catalytic converter marking kits and greater awareness of this crime will be carried out by local police.

PCC David Munro said: “Burglary is a devastating crime that has a long lasting impact on individuals, and is one of the main concerns expressed by local residents. Catalytic converter thefts have also increased in recent months. 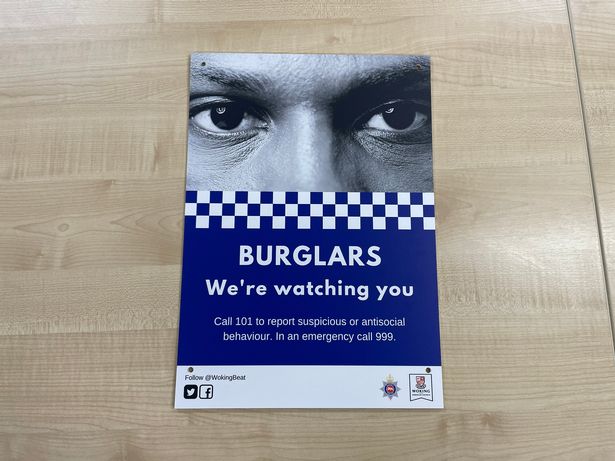 “I know from our recent community events that this is a key concern of residents.

“As the problem solving team heads into its second year, I’m continuing to increase the resources available to Surrey Police to build on the improvements being made. This includes more analysts and investigators to lead problem solving across the Force, and more police officers in local teams to drive crime down.”

Chief Inspector and Prevention and Problem Solving Lead Mark Offord said: “Surrey Police are fully committed to ensuring that our residents feel safe in their communities. We understand that the harm caused to victims of burglary goes far beyond the material loss of property, and can have far-reaching financial and emotional consequences.

“As well as proactively targeting the individuals committing these offences, our problem solving approach seeks to understand how and why crimes are committed, with the intention of employing crime prevention techniques that will make offending a riskier prospect for potential offenders.”

Individual operations funded by the PCC will form part of Force’s dedicated response to burglary county-wide.