The Police and Crime Commissioner’s Office for Surrey has awarded £100,000 to charity Catch22 to launch a new service for young people at risk of or affected by criminal exploitation in Surrey.

Examples of criminal exploitation include the use of children by ‘county lines’ networks, leading individuals into a cycle of offending that can include homelessness, substance misuse and ill mental health.

The Commissioner’s Community Safety Fund will enable the new development of Catch22’s successful ‘Music To My Ears’ service, using music, film and photography as a way to engage and work with individuals for their safer future.

The service has been commissioned by Guildford and Waverley Clinical Commissioning Group since 2016 focusing on mental health and substance misuse. In this time, the service has supported more than 400 young people and children to improve their wellbeing and reduce their contact with the Criminal Justice System. Over 70% of young people engaged said it helped them to improve their mental health, build their self-esteem and look forward.

Launching in January, the new service will offer a combination of creative workshops and tailored one-to-one support from a named advisor to help individuals to address the root causes of their vulnerability. Focussing on early intervention that recognises the family, health and social factors that can lead to exploitation, the three-year project will increase the number of young people supported away from exploitation by 2025.

Working with the Surrey Safeguarding Children Partnership that includes the PCC’s Office, aims of the service delivered by Catch22 include entry or re-entry into education or training, improved access to physical and mental health care and reduced contact with the police and other agencies.

Deputy Police and Crime Commissioner Ellie Vesey-Thompson, who is leading the Office’s focus on children and young people, said: “Myself and the team are thrilled to be working with Catch22 to further enhance the support we offer for young people in Surrey to feel safe, and to be safe.

“Both the Commissioner and I are passionate about ensuring our Plan for Surrey enables a focus on the safety of young people, including recognising the enormous impact that exploitation can have on an individual’s future.

“I am pleased that the new service will build on such extensive work by Catch22 over the last five years, opening up routes for more young people to avoid or leave a situation in which they are being exploited.” 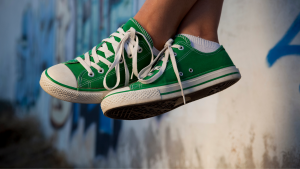 Emma Norman, Assistant Director for Catch22 in the South said: “We’ve seen the success of Music to My Ears again and again and I’m thrilled that commissioner Lisa Townsend recognises the impact of the team’s work on local young people at particular risk of exploitation.

“The last two years have presented a more urgent need for practical, creative interventions for young people. Poor school attendance and online risks have further aggravated much of the risk factors we were seeing pre-pandemic.

“Projects like this enable us to re-engage young people – by boosting their self-esteem and their confidence, young people are encouraged to express themselves and their experiences, all while supported by professionals in a one-to-one setting.

“The Catch22 team address the risk factors – be it the young person’s home, social or health factors – while unlocking the impressive talent we know young people have.”

In the year to February 2021, Surrey Police and partners identified 206 young people at risk of exploitation, of which 14% were already being exploited. It’s important to note that the majority of young people will grow up happy and healthy with no need for intervention from services including Surrey Police.

Signs that a young person might be at risk of exploitation include absence from education, going missing from home, becoming withdrawn or uninterested in usual activities, or new relationships with ‘friends’ who are older.

Anyone who is concerned about a young person or child is encouraged to contact the Surrey Children’s Single Point of Access on 0300 470 9100 (9am to 5pm Monday to Friday) or at cspa@surreycc.gov.uk. The service is available out of hours on 01483 517898.

Commissioner Lisa Townsend has thrown her support behind a brand new team dedicated to tackling ‘Fatal 5’ driving offences in Surrey.