The PCC met police dog Finn and his handler PC Dave Wardell from Hertfordshire Police to hear their story when they came to visit Surrey Police’s Mount Browne Headquarters.

Finn was stabbed in the head as he tried to protect PC Wardell, from a robbery suspect in Stevenage in 2016 leaving him with serious injuries.

PC Wardell was also stabbed in the hand but was protected from further harm by Finn’s actions and says he believes his “best friend” saved his life.

Finn’s attacker however could only be charged with criminal damage in accordance with the current law and the Finn’s Law campaign was subsequently launched with the aim of reclassifying an attack on a service animal which would increase maximum sentences to five years.

The Service Animals (Offences) Bill is currently going through parliament and the PCC has written to Sir Oliver Heald MP, who is actively pursuing the change in law, to pledge his full support. 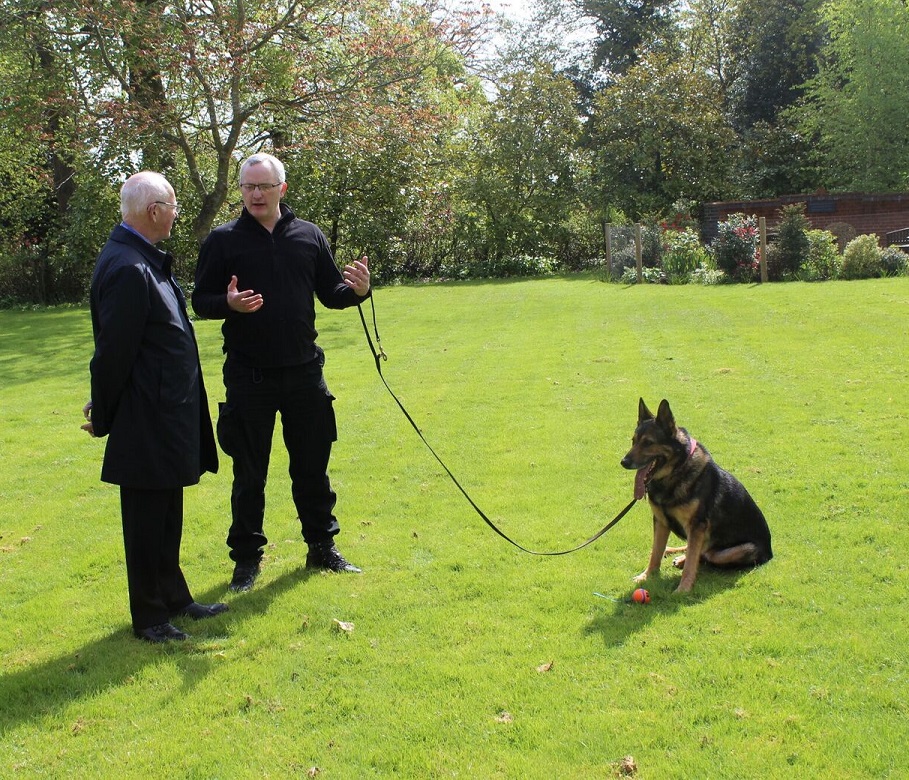 PCC David Munro said: “It was a pleasure to meet both Finn and his handler PC Dave Wardell and to hear the remarkable story of how Finn was seriously injured while saving his life from a violent criminal.

“Fortunately he survived that attack but it shows the real danger that service animals can face on a regular basis. That is why I fully support the creation of a ‘Finn’s Law’ which is aimed at protecting our police dogs and horses by introducing stronger sentences for violent criminals who harm them.

“I know from the many comments I have had from all ranks in Surrey Police and elsewhere that this has widespread support across the country.

“Police dogs and horses are a vital part of the police’s crime-fighting capability and I believe it is time for service animals to be afforded the full protection of the law by making it a specific offence to attempt to injure them or impede them carrying out their important duties. We owe them no less.” 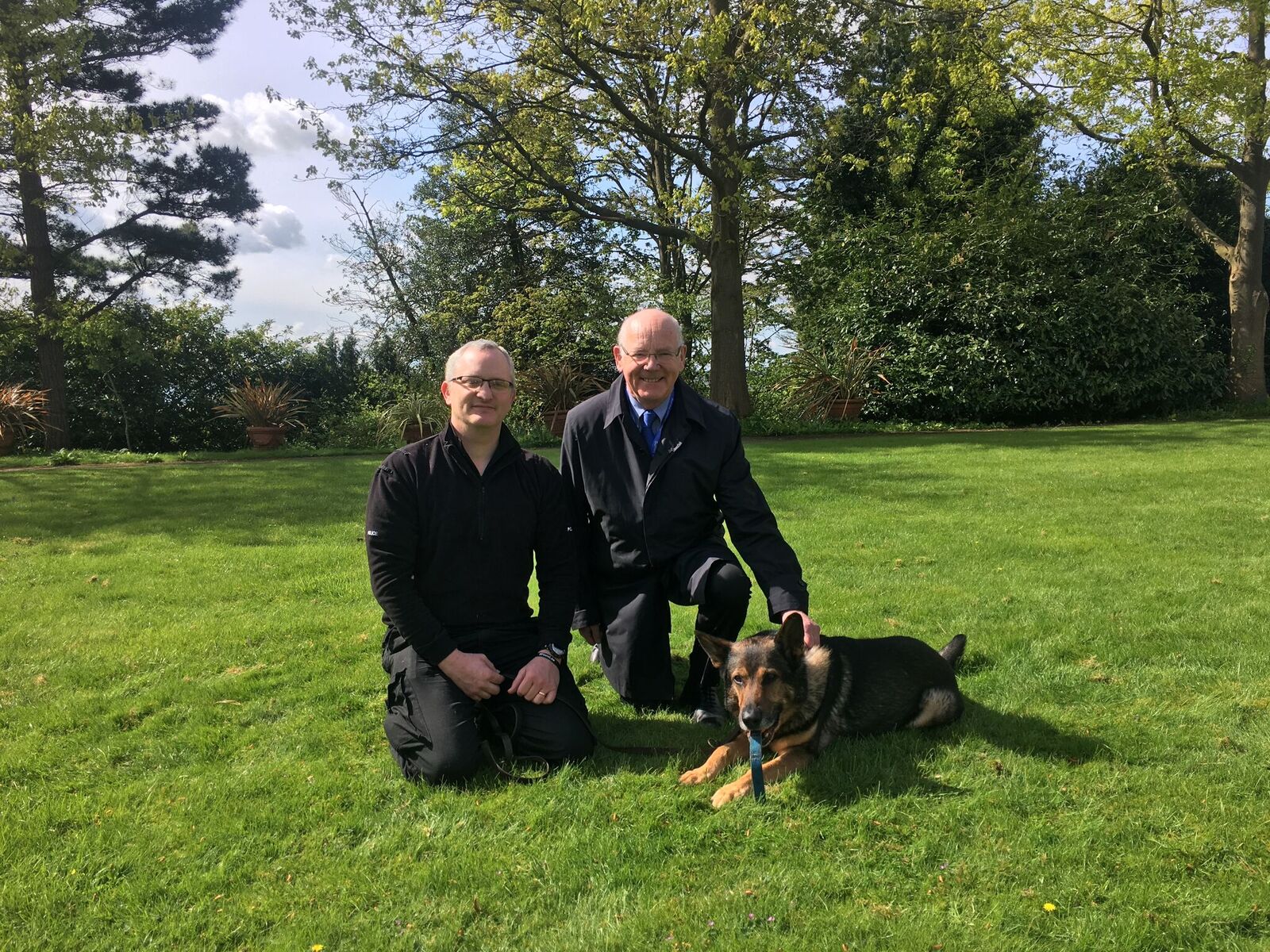