Lisa will guide best practise and the priorities of PCCs across the country, including strengthening the support available to those affected by mental ill-health and encouraging best practise in police custody.

The position will build on Lisa’s previous experience of supporting the All-Party Parliamentary Group for Mental Health, working alongside charities and the Centre for Mental Health to develop policies to put forward to the Government.

Lisa will lead the response from PCC’s to the Government on topics including the relationship between mental health service provision, police time spent attending to incidents and reducing offending.

The custody portfolio will champion the most effective processes for the detention and care of individuals, including continuous improvement of Independent Custody Visiting Schemes delivered by PCCs in England and Wales.

Independent Custody Visitors are volunteers who visit police stations to carry out important checks on the conditions of custody and the welfare of those who are detained. In Surrey, each of the three custody suites is visited five times a month by a team of 40 ICVs.

Commissioner Lisa Townsend said: “The mental health of our communities has an enormous impact on policing across the UK, and often places 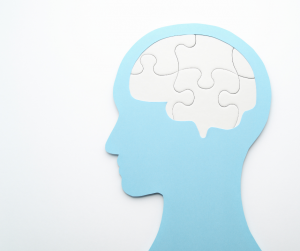 police officers first at the scene in times of crisis.

“I’m excited to lead Police and Crime Commissioners and police forces right across the country, who have close relationships with health services and local organisations to strengthen the support for individuals affected by mental ill-health. This includes reducing the number of individuals who are vulnerable to criminal exploitation because of mental health concerns.

“In the last year, health services have faced enormous strain – as Commissioners, I believe there is much we can do together with local organisations to develop new initiatives and support impactful projects that will protect more individuals from harm.

“The Custody Portfolio is of equal importance to me and offers a chance to make further improvements in this less visible area of policing.”

Lisa will be supported by Merseyside Police and Crime Commissioner Emily Spurrell, who is Deputy Lead for Mental Health and Custody.

The Commissioner said frontline policing across Surrey will be protected over the coming year after her proposed council tax rise was agreed earlier today.