The Police and Crime Commissioner Lisa Townsend has praised Surrey Police’s achievements in preventing crime and anti-social behaviour after it was graded ‘outstanding’ in a report published today.

But the Commissioner said improvements were needed in other areas including how the Force responded to non-emergency calls and its management of high harm offenders.

Her Majesty’s Inspectorate of Constabulary and Fire and Rescue Services (HMICFRS) carry out annual inspections on police forces across the country into the Effectiveness, Efficiency and Legitimacy (PEEL) in which they keep people safe and reduce crime.

Inspectors visited Surrey Police in January to carry out its PEEL assessment – the first since 2019.

Their report published today found excellent examples of problem solving focused on local policing, good investigations, and a strong focus on guiding offenders away from crime and protecting vulnerable individuals.

It recognised that Surrey Police answered 999 calls quickly, exceeding the national target for the percentage of calls that were answered within 10 seconds. It also noted the use of the Checkpoint scheme in Surrey, that supports lower-level offenders to address the root causes of their offending in place of prosecution. The scheme is actively supported by the Commissioner’s Office and resulted in a 94% drop in re-offending in 2021.

The Force achieved ‘good’ ratings in investigating crime, the treatment of the public and protecting vulnerable people. They were also assessed as ‘adequate’ in responding to the public, developing a positive workplace and making good use of resources.

Surrey continues to have the 4th lowest crime rate out of 43 police forces in England and Wales and remains the safest county in in the South-East.

Police and Crime Commissioner Lisa Townsend said: “I know from speaking to residents across the county how highly they value the role our local policing teams play in tackling issues important to our communities.

“So, I’m really pleased to see Surrey Police maintain its ‘outstanding’ rating in preventing crime and anti-social behaviour – two areas that feature prominently in my Police and Crime Plan for the county.

“Since taking office a year ago I have been out with policing teams across Surrey and I have seen how tirelessly they work to keep people safe. Inspectors found that the problem-solving approach the Force has worked hard to adopt in recent years is continuing to pay dividends which is good news for residents.

“But there is always room for improvement of course and the report has raised concerns about the management of suspects and offenders, in particular with regard to sex offenders, and the safeguarding of children in our communities. 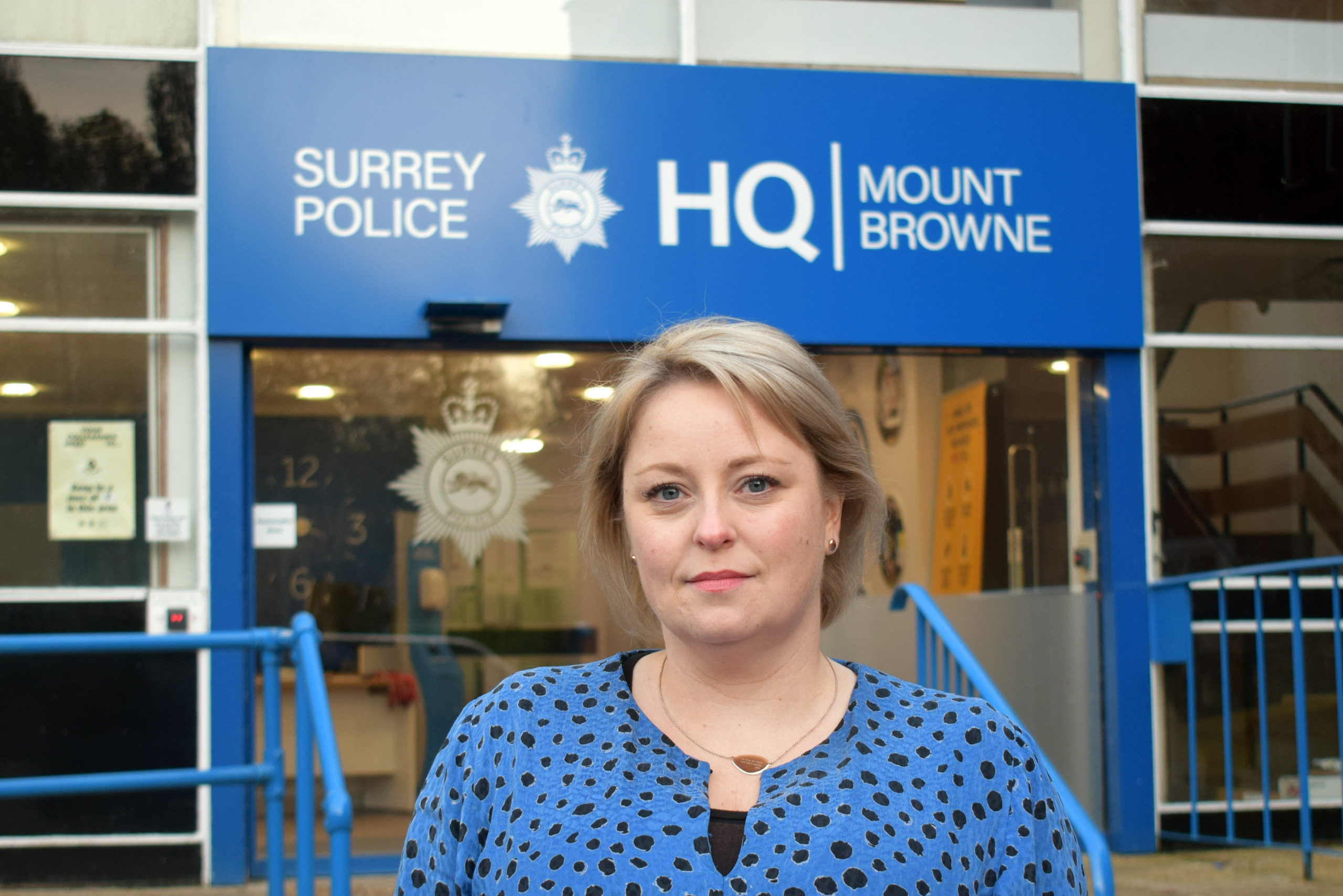 “Managing the risk from these individuals is fundamental to keeping our residents safe – particularly women and girls who are disproportionately affected by sexual violence in our communities.

“This needs to be a real area of focus for our policing teams and my office will provide careful scrutiny and support to ensure plans put in place by Surrey Police are both prompt and robust in making the necessary improvements.

“I have noted the comments the report makes around how police deal with mental health. As the national lead for Commissioner’s on this issue – I am actively seeking better partnership working on both a local and national level to try and ensure policing is not the first port of call for those in mental health crisis and they get access to the proper clinical response they need.

“I would like to see progress in some of those areas graded ‘adequate’ in the report by providing the public with a policing service that is value for money and if they need the police, ensuring the response they receive is swift and effective.

“The report also highlights the high workload and wellbeing of our officers and staff. I know the Force are working really hard to recruit the extra officers allocated by government so I am hoping to see that situation improving for our workforce in the coming months. I know the Force share my views on the value of our people so it is important our officers and staff have the right resources and support they need.

“While there are clear improvements to be made, I think overall there is much to be pleased with in this report which reflects the hard work and dedication our officers and staff display on a daily basis to keep our county safe.”

You can learn more about how the Police and Crime Commissioner monitors Force performance and holds the Chief Constable to account at https://www.surrey-pcc.gov.uk/transparency/performance/