Reducing serious violence, tackling cyber crime and improving victim satisfaction are just some of the topics that will be on the agenda as the Police and Commissioner for Surrey Lisa Townsend holds her latest Public Performance and Accountability meeting with the Chief Constable this September.

Public Performance and Accountability Meetings streamed live on Facebook are one of the key ways the Commissioner holds the Chief Constable Gavin Stephens to account on behalf of the public.

The Chief Constable will give an update on the latest Public Performance Report and will also face questions on the Force’s response to the National Crime and Policing Measures set out by the Government. The priorities include reducing serious violence including murder and other homicides, disrupting ‘county lines’ drug networks, reducing neighbourhood crime, tackling cyber crime and improving victim satisfaction.

Commissioner Lisa Townsend said: “When I took office in May I promised to keep residents’ views at the heart of my plans for Surrey. 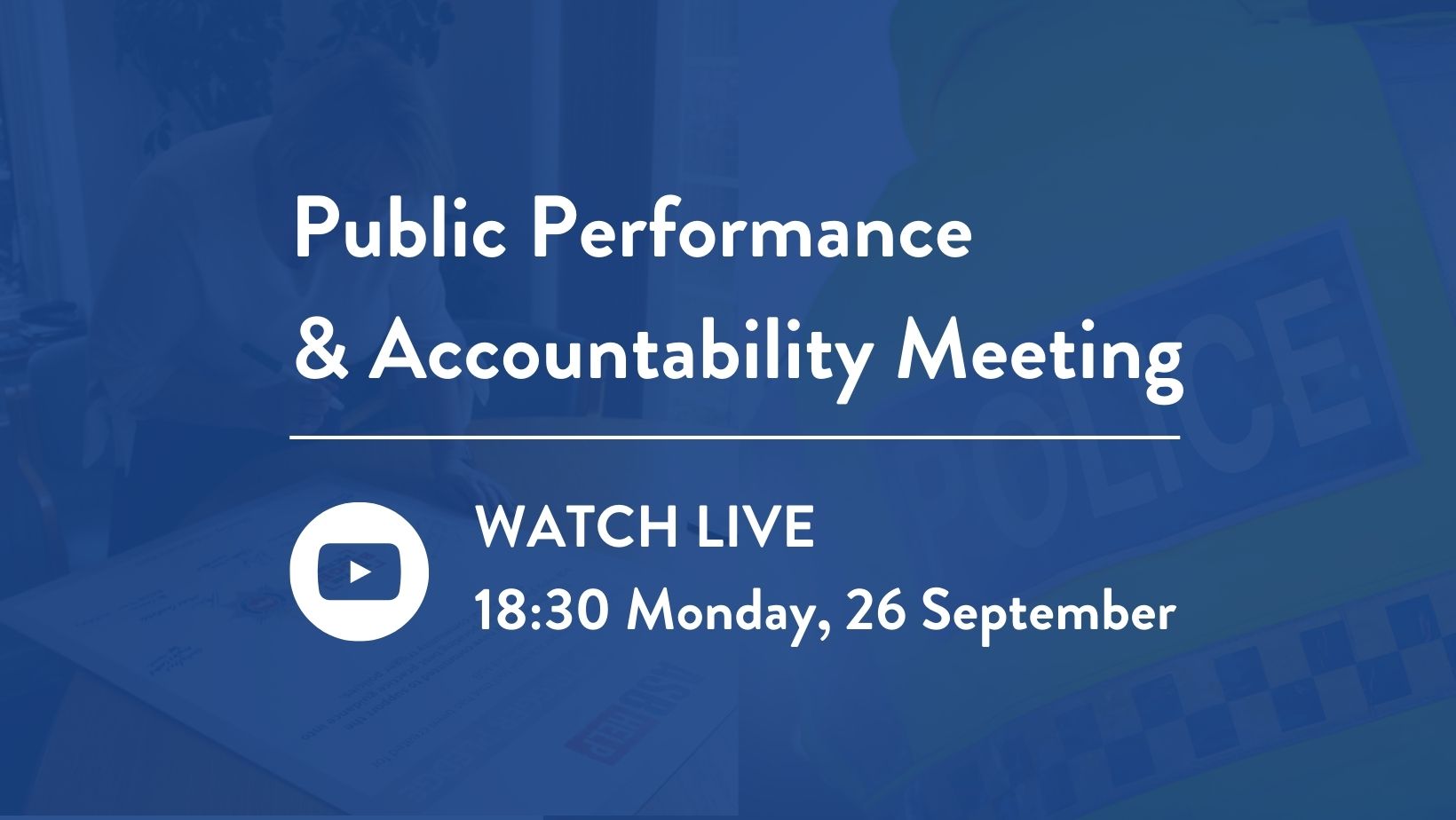 “Monitoring the performance of Surrey Police and holding the Chief Constable accountable is central to my role, and it is important to me that members of the public can get involved in that process to help my office and the Force to deliver the best possible service together.

“I especially encourage anyone with a question on these or other topics they would like to know more about to get in touch. We want to hear your views and will be dedicating space in every meeting to answer the questions that you send us.”

Haven’t got time to watch the meeting on the day? Videos on each topic of the meeting will be made available on our Performance page and will be shared across our  online channels including Facebook, Twitter, LinkedIn and Nextdoor.

Read the Commissioner’s Police and Crime Plan for Surrey or learn more about the National Crime and Policing Measures here.