Police and Crime Commissioners, PCCs, were introduced in the Police Reform and Social Responsibility Act 2011.  To read the act, including the information on elections and duties of PCCs, please CLICK HERE

There is currently one elected PCC for each police force in England and Wales (except London and Greater Manchester where the mayor takes responsibility).  PCCs are the Elected Policing Body for a police force.

For further information, the Home Office has issued a series of briefing notes for PCC candidates which can be found HERE

In terms of the election, the electoral commission website provides information on qualifications to stand, the nomination process, spending limits, expenses and campaign rules.

For local queries, you can contact the Police Area Returning Officer (PARO) for Surrey who is John Jury, Chief Executive of Reigate and Banstead Council, on 01737 276794 or via email: elreg@reigate-banstead.gov.uk

The role of the PCC is set out in legislation (see link above).   The role is wide and varied and includes:

The national body for PCCs, The Association of Police and Crime Commissioners (APCC) has developed a series of briefing notes on the main areas of responsibility which can be viewed HERE 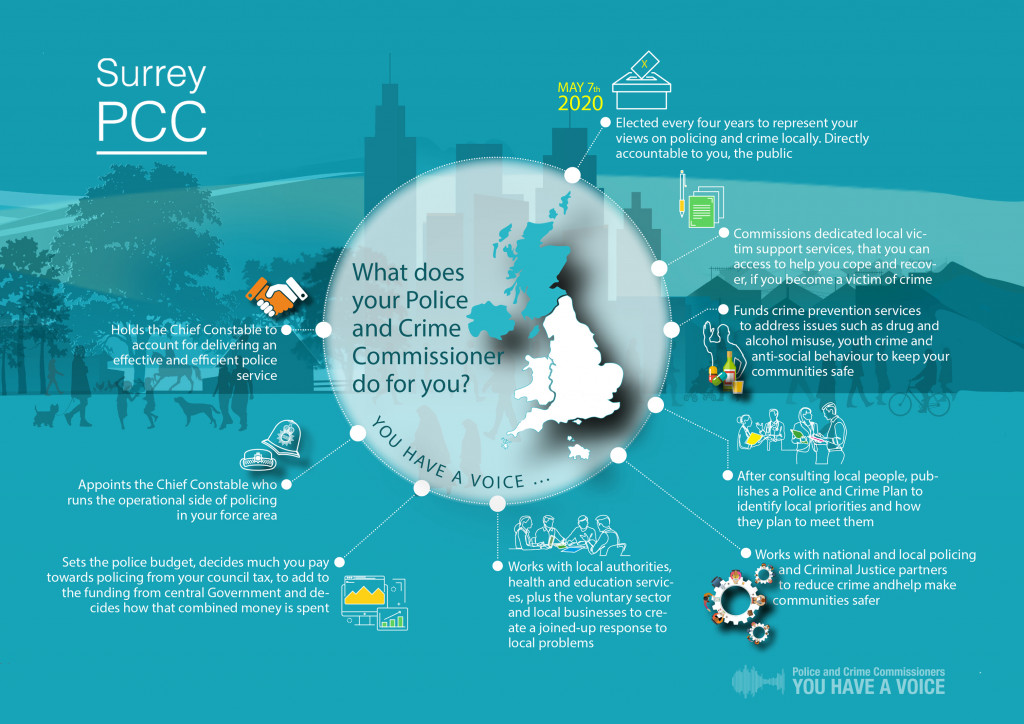