Initially set up as a pilot project, it began running in Reigate & Banstead and Spelthorne in 2014 to take on the pilot. In December 2015, the scheme launched in Elmbridge and in 2017 the scheme was rolled out to create further teams in Guildford and Waverley. In 2019, further teams are being established in Epsom and Ewell and Mole Valley.

The Joint Enforcement Teams see council officers working collectively with the police to combat local issues such as noise, anti-social behavior and low-level crime. The teams have proven to provide a fast and effective response as well as providing a visible presence to deter offenders. 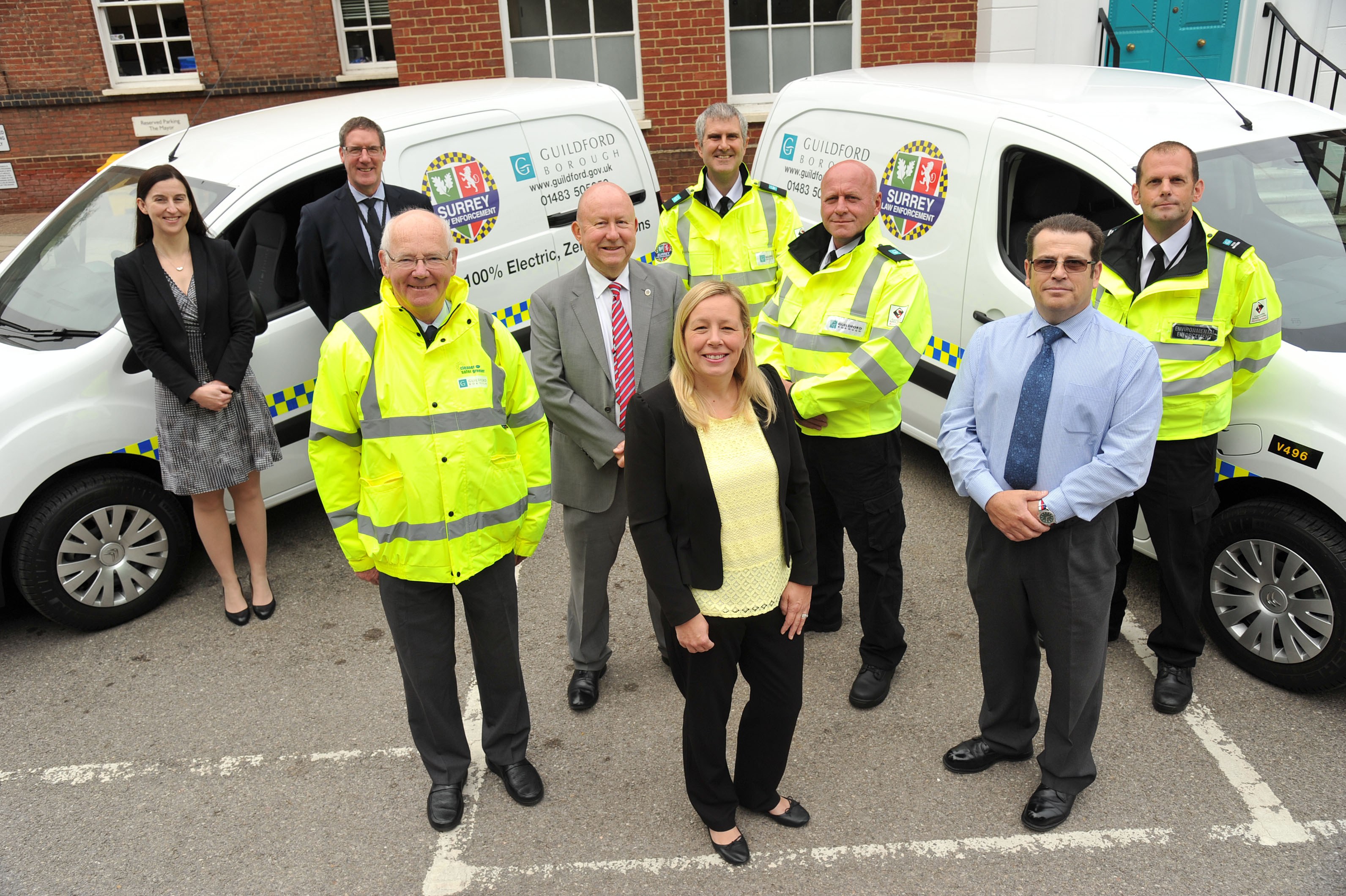 Over the course of the pilots in Reigate & Banstead, and Spelthorne, the teams have been involved in dealing with a wide range of issues. From fly-tipping to targeted ‘enforcement days’, the teams in both areas have been very successful, and as more and more of the public have become aware of their existence, confidence in their abilities has gone up.

There have been a number of particular success stories. In one area, a report of an abandoned vehicle quickly turned into a search when the vehicle in question could not be found. However, when two members of the Joint Enforcement Team saw it drive past, the driver was pulled over and was found to be uninsured. The car was seized by the police.

Bringing the separate powers held by Surrey Police officers and council officers, the Joint Enforcement Team is able to quickly and effectively deal with issues which may have previously taken several months.

You can find out more about the Joint Enforcement Teams across the county using the tabs below: