Policing in England and Wales 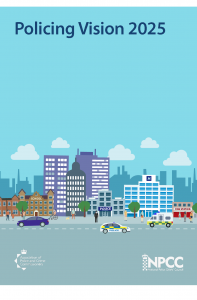 There are currently 43 geographical police forces in England and Wales, including the Metropolitan Police and the City of London Police.  Scotland and Northern Ireland have their own police forces.  In addition, there are three specialist police forces – the British Transport Police, the Civil Nuclear Constabulary and the Ministry of Defence Police.

Each police force in England and Wales is governed by a Local Policing Body.  For most geographical forces this is the Police and Crime Commissioner.

The Home Office is the Government Department responsible for overseeing policing and setting policy.  Details of recent policies, government ministers and consultations can be found HERE

A national website pulls together information with regard to policing, including crime data, performance information and information about the Police and Crime Commissioner and be found HERE

Three external bodies work closely with the police to set standards and scrutinise.   The HMICFRS (Her Majesty’s Inspector of Constabularies and Fire & Rescue Services) is the inspection body with regular annual and thematic inspections.  These can be read by each police force HERE

The Independent Office for Police Conduct (IOPC) sets the standards for complaints investigation, handles serious complaints against police and oversees the complaints process nationally. Their website can be found HERE

There are a number of national organisations for people working in policing. For Chief Constables and other senior officers, there is the National Police Chief’s Council – click HERE for more information

The national police federation for all other officers can be viewed here:
http://www.policefed.org/

Major issues affecting policing nationally at this time include: