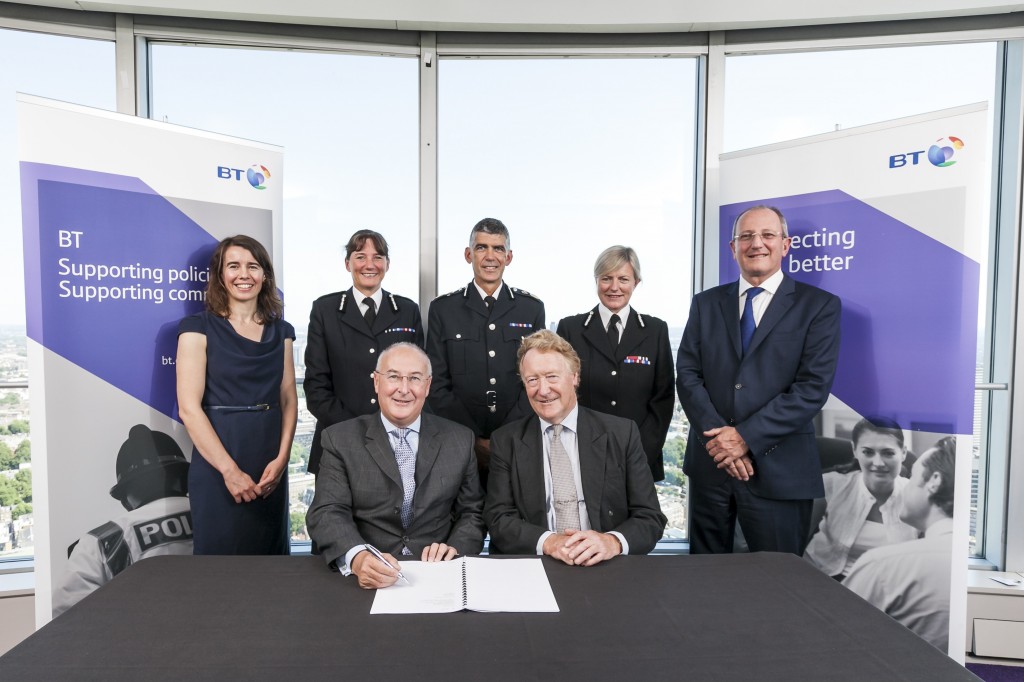 ‚Ä¢ Seven year deal will deliver a 20% saving across Forces

The South East Police Shared Network Services Agreement (SEPSNSA), valued at £37.4m will transform the telecoms technology used by the three Forces, enabling them to save money and continue the drive to protect frontline services.

SEPSNSA will enable connected policing: better collaboration between the Forces as they will be able to connect and share information across a trusted data network for the south east region.

BT will do this by securely connecting all data centres from the three Forces. A lead force for example will be able to host key police applications for staff working as part of a regional unit. Users will have the ability to work from anywhere across the three forces instead of having to drive to key locations.

Significant savings of up to 20 per cent will be delivered by standardising technology and service models, enabling economies of scale, and creating more cost-effective networks.

The Forces are committing, as part of the South East Regional Policing IT (SERIT) programme, to working with BT to develop and adopt further innovations and efficiencies.

Chief Constable of Surrey Police Lynne Owens, said: “All forces in the region share the same financial challenges in the current economic climate so it is important we work together to find ways of providing savings to the public purse.

“This contract highlights our commitment to collaboration with our neighbouring forces and will reduce costs without compromising on the service we deliver to the people of Surrey.”

The Police and Crime Commissioner for Thames Valley Police, Anthony Stansfeld, said: “This is a great example of police forces using their combined purchasing power to deliver significant savings for their force and enabling opportunities for closer working in the future. The contract was awarded following a robust tender exercise which identified BT as the preferred supplier. I believe this contract demonstrates that Thames Valley Police, Hampshire Constabulary and Surrey Police are forward thinking forces who are working hard to find new and innovative ways to save money and increase efficiency.”

PCC for Hampshire and the Isle of Wight, Simon Hayes, commented: “This deal saves the public money from day one. It sends out a message that there is a will within the three Forces to find new ways of working and, in doing so, to achieve the improvements that the public want to see and set us up for further innovation and collaboration.

PCC for Surrey, Kevin Hurley, said: “It makes sense for our police forces to work together – we share the same basic goals, deliver a range of common services and have the same needs in terms of the infrastructure that supports our officers and staff in serving the public.

“This contract is another important step forward for collaboration between police Forces in the South East that will improve our communications infrastructure and save public money.”

Vice-president of Central Government at BT, Stuart Hill, said: “This contract is simply ground-breaking. This is the first PSN police network purchased by neighbouring police Forces. BT’s secure and trusted network will enable better and quicker collaboration between police Forces and drive standardisation of technologies to enable further business transformation.

“By working together, we are enabling connected policing across the three forces. This not only brings the power of scale and the associated cost savings but also changes to the way people work and share information. As we work more innovatively we’ll see more and more benefits for the forces and most importantly, the citizens.”

The three forces involved would like to recognise the contribution and project management that Analysys Mason brought to the project in delivering this landmark contract for the policing region.

BT is one of the world’s leading providers of communications services and solutions, serving customers in more than 170 countries. Its principal activities include the provision of networked IT services globally; local, national and international telecommunications services to its customers for use at home, at work and on the move; broadband and internet products and services and converged fixed/mobile products and services.BT consists principally of four lines of business: BT Global Services, BT Retail, BT Wholesale and Openreach.

British Telecommunications plc (BT) is a wholly-owned subsidiary of BT Group plc and encompasses virtually all businesses and assets of the BT Group.BT Group plc is listed on stock exchanges in London and New York.

[i] The Public Services Network is a UK Government programme to unify the provision of network infrastructure across the United Kingdom public sector into an interconnected “network of networks” to increase efficiency and reduce overall public expenditure.