The Police and Crime Commissioner for Surrey David Munro has today welcomed a new government consultation paper as a significant milestone in addressing the issue of unauthorised Traveller encampments.

The consultation, launched yesterday, is seeking views on a number of new proposals including the creation of a new offence around aggravated trespass, the widening of police powers and the provision of transit sites.

Last year, he wrote directly to the Home Secretary and the Secretaries of State for the Ministry of Justice and Department for Communities and Local Government asking them to lead the way in commissioning a wide-ranging and detailed report on the issue of unauthorised encampments.

In the letter, he called on the government to examine a number of key areas including a renewed drive to make greater provision for transit sites.

PCC David Munro said: “Last year we saw an unprecedented number of unauthorised encampments in Surrey and elsewhere in the country. These often result in tensions in our communities and put a strain on police and local authority resources.

“I have previously called for a nationally coordinated approach to what is a complex issue so I am really pleased to see this consultation looking at a range of measures to address it. 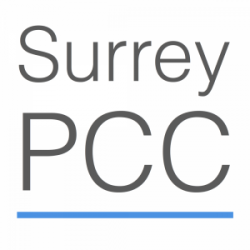 “Unauthorised encampments often result from an insufficient supply of permanent or transit pitches for travelling communities to use so I am particularly heartened to see this featured.

“Whilst it is only a minority that cause negativity and disruption, it is also important the consultation paper includes a review of the powers police and other agencies have in dealing with criminality when it occurs.

“As the national APCC lead for EDHR issues, I remain committed to helping challenge misconceptions around the GRT community which too often suffers discrimination and victimisation which can never be tolerated.

“We must seek that fine balance in addressing the impact on our local communities whilst at the same time meeting the needs of the travelling community.

“This consultation marks a really important step towards finding better solutions for all communities and I will be watching with interest to see the results.”

To learn more about the government consultation – click here