Jeff Harris has been named as the proposed Deputy Police and Crime Commissioner for Surrey.

The appointment will be subject to a public confirmation hearing at the next meeting of the Surrey Police and Crime Panel on 13th December.

Jeff served for over 30 years as police officer in the Metropolitan Police Service, reaching the rank of Chief Superintendent. He retired as Borough Commander for Hounslow, leading a team of 640 officers, PCSOs, civilian staff and volunteers with an annual budget of £25million. 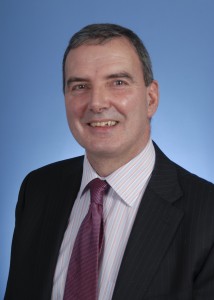 Following his retirement from the police service, Jeff moved into local government, spending four years as an Assistant Director at Westminster City Council, responsible for integrated street management, bringing together the numerous City Council employees involved in street based services such as enforcement inspectors and City Guardians.More recently, Jeff has been a Team Leader for the Prince’s Trust, working with vulnerable young people on intensive development courses designed to improve their employment and educational prospects.

He has also worked with the Metropolitan Police Voluntary Cadets in Croydon.

“I have known Jeff for many years and he played an integral role in my election campaign. I trust him absolutely for his judgement and wisdom, honed over a lengthy and successful career in policing and community safety. We make a great team and I know he will make a real difference for the people of Surrey in this important job.”

“Kevin and I bring a shared passion for policing and a determination that local people should receive the very best policing service possible.

“It is an honour to be named as the proposed Deputy Police and Crime Commissioner for Surrey and to be able to support Kevin in realising his vision for policing in the county.”