Ellie, who will be the youngest Deputy PCC in the country, will focus on engaging with young people and supporting the PCC on other key priorities informed by Surrey residents and police partners.

She shares PCC Lisa Townsend’s passion to do more to reduce violence against women and girls and ensure the support for all victims of crime is the best it can be.

Ellie has a background in policy, communications and youth engagement, and has worked in both public and private sector roles. Having joined the UK Youth Parliament in her early teens, she is experienced in voicing concerns for young people, and representing others at all levels. Ellie has a degree in Politics and a Graduate Diploma in Law. She has previously worked for the National Citizen Service and her most recent role was in digital design and communications.

The new appointment comes as Lisa, the first female PCC in Surrey, focuses on implementing the vision she outlined during the recent PCC election.

PCC Lisa Townsend said: “Surrey has not had a Deputy PCC since 2016. I have a very broad agenda and Ellie has already been heavily involved across the county.

“We have a lot of important work ahead. I stood on a commitment to make Surrey safer and put local people’s views at the heart of my policing priorities. I was given a clear mandate to do that by the residents of Surrey. I am delighted to bring Ellie on board to help deliver those promises.”

As part of the appointment process, the PCC and Ellie Vesey-Thompson attended a Confirmation Hearing with the Police & Crime Panel where Members were able to ask questions about the candidate and her future work. 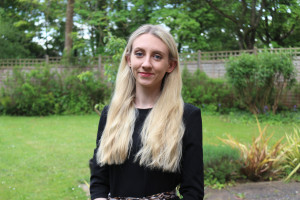 The Panel has subsequently made a recommendation to the PCC that Ellie is not appointed to the role.  On this point, PCC Lisa Townsend said: “I note with genuine disappointment the recommendation of the Panel. Whilst I do not agree with this conclusion, I have carefully considered the points raised by Members.”

The PCC has provided a written response to the Panel and has reaffirmed her confidence in Ellie to undertake this role.

Lisa said: “Engaging with young people is hugely important and was a key part of my manifesto. Ellie will bring her own experience and perspective to the role.

“I promised to be highly visible and in the coming weeks I will be out and about with Ellie engaging directly with residents on the Police and Crime Plan.”

Deputy PCC Ellie Vesey-Thompson said she was delighted to officially take up the role: “I’ve been hugely impressed by the work the Surrey PCC team is already doing to support Surrey Police and partners.

“I am particularly keen to enhance this work with young people in our county, with both those affected by crime, and with individuals who are already involved, or at risk of becoming involved, in the criminal justice system.”