The PCC’s suggested 5.5% increase for the policing element of the council tax was considered by the county’s Police and Crime Panel during an online meeting this morning.

Although the majority of the panel members present didn’t support the proposal, there were insufficient votes to veto it and the precept was agreed.

Combined with Surrey Police’s next allocation of the 20,000 officers promised by government nationally, it means the Force can add 150 police officer and operational posts to its establishment during 2021/22.

These roles will bolster numbers in those crucial areas needed to increase visibility, improve our public contact and provide that essential operational support to our frontline officers.

The agreed rise will allow the Force to invest in an additional 10 officer and 67 operational support staff roles including:

• More police staff focused on assisting local investigations, such as interviewing suspects, to allow police officers to stay out visible in communities

• More police roles focused on engaging with the public and making it easier to contact Surrey Police via digital means and the 101 service. 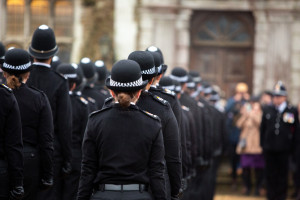 Today’s decision will mean the policing element of an average Band D Council Tax bill will be set at £285.57 – an increase of £15 a year or 29p a week. It equates to around a 5.5% increase across all council tax bands.

The PCC’s office carried out a public consultation throughout January and early February in which nearly 4,500 respondents answered a survey with their views. The survey result was extremely close with 49% of respondents agreeing with the PCC’s proposal with 51% against.

Police and Crime Commissioner David Munro said: “Police resources have been stretched to the limit over the last decade and I have pledged to do everything I can to put more officers back into our communities tackling those issues that matter to Surrey residents.

“So I’m pleased that this year’s precept has been agreed which will mean more numbers added to the Surrey Police establishment that will provide a badly needed boost to our frontline.

“When I launched our consultation in January, I said asking the public for more money during these difficult times was one of the hardest decisions I have ever had to make as PCC.

“That has been borne out in our survey which showed a really even split in people’s views on supporting my proposed rise and I fully appreciate the hardship lots of people are facing during this extremely difficult period.

“But I firmly believe that in these uncertain times the role our police teams play in keeping our communities safe has never been more important and that tipped the balance for me in recommending this increase.

“I would like to thank all those members of the public who took the time to fill in our survey and give us their views. We received over 2,500 comments from people with a range of views on policing in this county and I have read each and every one.

“This will help shape the conversations I have with the Chief Constable on those issues which you have told me are important to you.

“I want to ensure that our residents get the very best value for money from their police force so I will be paying close attention to ensure these extra roles are filled as quickly as possible so they can start making a difference to our communities.”