The Police and Crime Commissioner David Munro, yesterday welcomed the Victims’ Commissioner Baroness Helen Newlove to Surrey to hear about the services provided for victims of crime and Anti-Social Behaviour (ASB) in the county.

Baroness Newlove spent the day in Redhill meeting victims and service providers commissioned by the PCC before later joining him at last night’s ‘Tackling ASB Commendation Ceremony’ held in Woking. 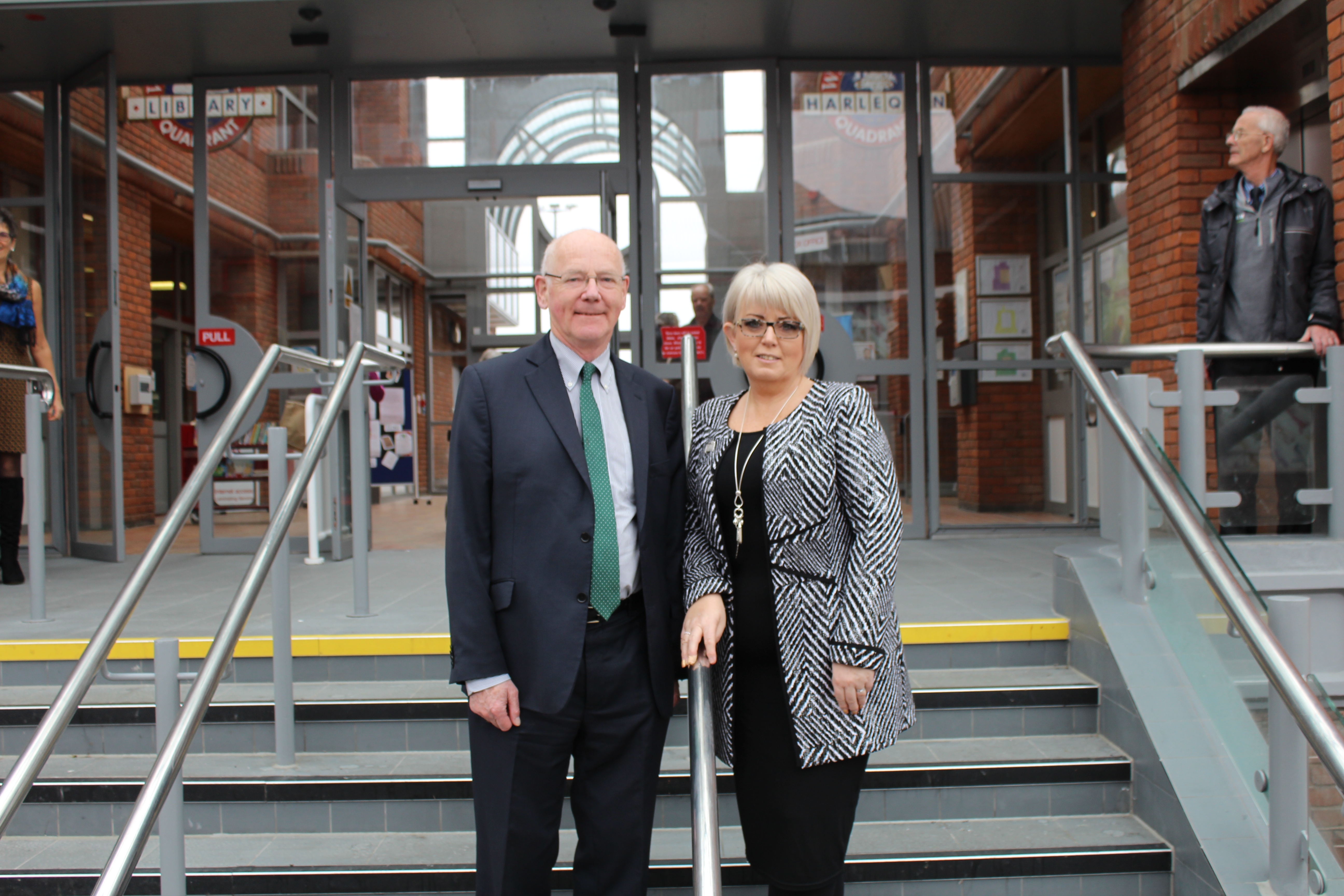 During the visit she met with members of the Alliance of Surrey Mediation Services who provide Surrey’s ASB support service, East Surrey Domestic Abuse Service (ESDAS) and the Rape and Sexual Assault Support Centre (RASASC).

The PCC’s Victims Fund provides grants to a number of services across the county in areas which provide help to victims of domestic abuse, rape and sexual offences and child abuse.

Baroness Newlove also had the chance to speak to survivors who have been supported by some of those services to hear first-hand their personal stories and experiences.

Baroness Newlove has been a staunch campaigner for victims’ rights following the murder of her husband Garry Newlove in Warrington in 2007. She became a member of the House of Lords in 2010 and was appointed Victims’ Commissioner in 2012.

Following yesterday’s visit she said: “I visited Surrey because I wanted to see for myself how victims of crime were being supported. I was impressed by the specialist services put in place to support victims of domestic abuse and sexual violence.

“I spoke to victims of domestic abuse who told me that they had been able to rebuild their lives thanks to the support they had received from the East Surrey Domestic Abuse Service. I was particularly pleased to see the commitment of the police and PCC to tackling anti-social behaviour, listening to and engaging with victims and showing determination to tackle it head on.”

PCC David Munro said: “I was delighted to welcome Baroness Newlove to Surrey to get a glimpse of the work going on in the county to help support victims.

“My office is already involved in commissioning a number of services that help survivors of domestic abuse and serious sexual assault through our Victims Fund. We have some amazing outreach services here in Surrey who do a fantastic job in providing that crucial support for victims when they most need it.

“But it was really interesting to hear the Victims’ Commissioner’s independent perspective on where the police service can improve.

“Supporting victims is one of the six priorities in my Police and Crime Plan and I am keen to ensure Surrey Police are focused on the level of care and support given to victims and that it continues to form an important part of the training given to officers and staff, particularly our new recruits.

“It is clear to me that there is still more to do to improve the victim experience in Surrey and we must strive to make certain all victims of crime in Surrey are treated with the respect, dignity and honesty they deserve.”

To learn more about the PCC’s Victims Fund and how it is supporting survivors in Surrey – visit our Funding Hub here: http://funding.surrey-pcc.gov.uk/